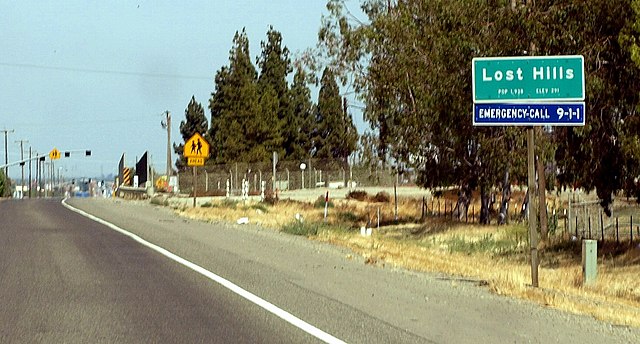 If you ask New York Times columnist David Brooks what he thinks is the defining issue of our day, he would say social isolation. In one of his columns, he writes that “gaps have opened up among partisan tribes, economic classes and races. There has been a loss of social capital, especially for communities down the income scale. ” Brooks is thus pointing to the same negative phenomenon noted by Luvin in his new bookÂ The Fractured Republic (read my review of that book here).

To illustrate this problem, Brooks references Lost Hills, a farming town, writing that “thereâ€™s still no permanent church. Up until now there has been no library and no polling station. The closest police station is 45 miles away. Until recently there were no sidewalks nor many streetlights, so it was too dangerous to go trick-or-treating.”Â Fortunately, Lost Hills is the location for a new experiment in developing the social capital of the community. Brooks writes:

The experiment is being led by Lynda Resnick, who, with her husband, Stewart, owns the Wonderful Company, which includes FIJI Water, POM juice and most of the pistachios and almonds you eat. You should know that Iâ€™m friends with Lynda and Stewart and am biased in their direction. But what they are doing is still worth learning from.

…Theyâ€™re not trying to find one way to serve this population. The problems are so intertwined, they are trying to change this community from all directions at once. In Lost Hills there are new health centers, new pre-K facilities, new housing projects, new gardens, new sidewalks and lights, a new community center and a new soccer field. Through the day, people have more places to meet, play and cooperate with their neighbors.

Brooks concludes by noting that communities are where social repair takes place. “The community is the right level, picking a piece of land and giving people a context in which they can do neighborly things â€” like the dads here who came to the pre-K center and spent six hours building a shed, and with it, invisibly, a wider circle of care for their children.” – Read the whole thing here. In 1944, Anna Freud and her colleague Dorothy T. Burlingham wrote a book entitled Infants Without Families. This book shared observations from Freud and Burlingham based on their educational workÂ in the three houses of the Hampstead Nursery.” In the foreword of the book, the authors detail for us the context of their work:

“War conditions, i.e., the father’s service in the Forces, full-time factory work of many mothers, evacuation as a precautionary measure and the destruction of many small homes through bombing have disrupted family life among large sections of the population. Consequently many infants, though not parent-less, were rendered homeless. They had to be collected in residential nurseries and there suffered the experience of “life without the family” which is, in peace-time, reserved for the inhabitants of orphanages.

The effect, not merely of the shock of being separated from the family, but of the lack of continuous emotional contact between the infant and his parents with the consequent absence of the specific formative influence inherent in the family tie, was thus open to view in many more than usual and seemed to us worthy of study and description.”

Last week, I explored Bowlby’s concept of parents as a secure base providing safety, security, and protection. Anna Freud saw firsthand the results of interrupted attachments wherein children did not have that secure base. She writes:

“These institutional children do not start out to meet a world of contemporaries, secure in the feeling that they are firmly attached to one “mother person” to whom they can revert. They live in an “age group” that is, in a dangerous world, peopled by individuals who are as unsocial and as unrestrained as they themselves are.” (pg. 23)

Early instinctive wishes have to be taken seriously, not because their fulfillment or refusal causes momentary happiness or unhappiness but because they are the moving powersÂ  which urge the child’s development from primitive self-interest and self-indulgence towards an attachment and consequently towards adaptation to the grown-up world . . . (pg. 82)

Freud, like Bowlby also understand that attachment is not just about the mother-child bond. Fathers, she said, have an important part to play:

It is the father’s role, even more so than the mother’s, to impersonate for the growing infant the restrictive demands inherent in the code of every civilized society. (pg. 87)

Finally, in a paragraph that could easily be written today regarding the current challenges in our foster care system, we read:

“If these [attachment] relationships are deep and lasting, the residential child will take the usual course of development….and become an independent moral and social being. If the grown-ups of the nursery remain remote and impersonal figures, or if, as happens in some nurseries, they change so often that no permanent attachment is effected at all, institutional education will fail…The children, through the force of inner circumstances, will then show defects in their character-development, their adaptation to society may remain on a superficial level, and their future be exposed to the danger of all kinds of dissocial development.” (pg. 106)

Attachment bonds are at the heart of relationship and what let us latch on to the love that leads to our development as human beings. It is the family that is naturally the home of this attachment and this is why the family unit is seen as the building block of civil society. Attachment theory, then, is as much about the potential for humans to flourish as it is about child-rearing.